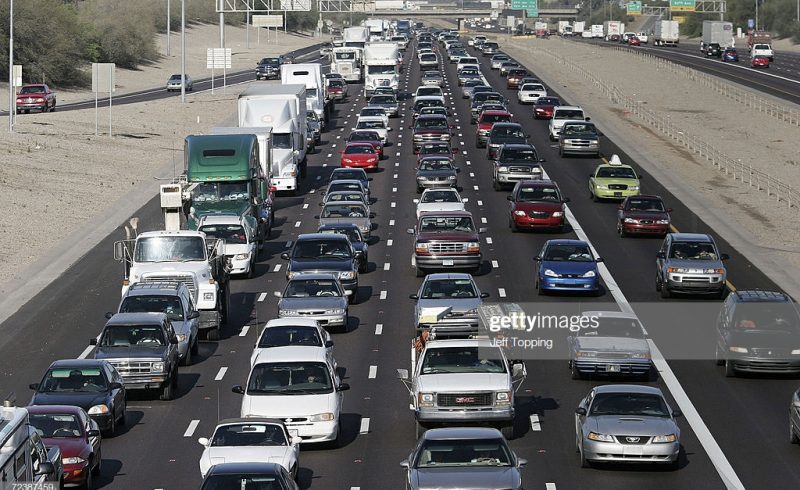 Holiday Traffic Reprieve is Over.  My business partner and I commute to work together everyday.  He was not aware of the extent that schools and colleges add to the daily traffic congestion on the highways and surface streets.  As an experiment I asked him to pay attention to what happens as the school and colleges are not in session.

We began our informal traffic study December 23rd.  Traffic was a little lighter than normal. Our commute lasted the usual 40 minutes. December 24th the changes to traffic was noticeable.  Chandler Blvd is usually busy at 6:20 am every morning.  As we pulled out on to Chandler we were the only car on the road until the intersection at 48th street. As drove our usual route through the pointe,  we were one of the few cars on the road. The lack of cars on the road reminded me of several Twilight Zone episodes.  I almost expect a creature from another planet or dimension to jump out in front of the car.

The lack of cars on the road was also due to people taking off the entire week due to the holiday falling on a Wednesday. It appears that many businesses also closed or were on reduce schedule during the holiday. From the 26th to today traffic remained light.  There were a few more cars on the highway this morning so people are returning to work. The normal congested traffic patterns that make Phoenix so frustrating to drive comes back on Monday. Holiday Traffic Reprieve is Over.  Bring a couple of cups of patience with you on Monday morning.