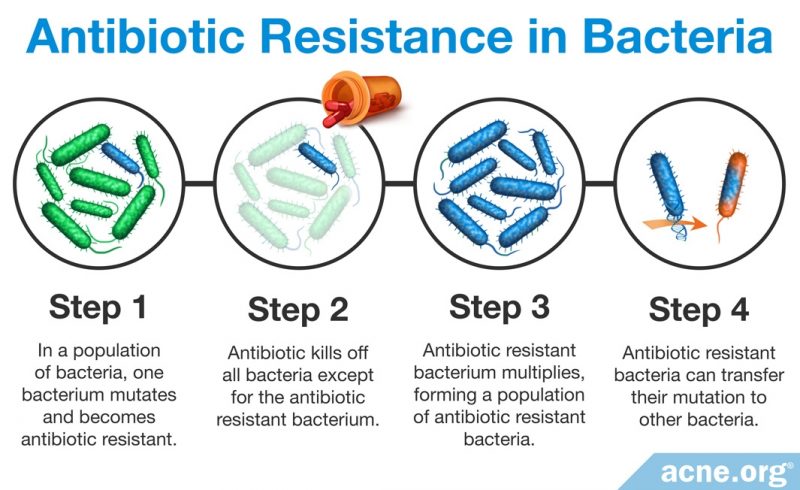 Antibiotics are having no effect on germs.  Many scientists have talked about the need to stop using antibiotics in humans for viral infections since they do not kill viruses.  Antibiotics have been used in raising cattle, pigs and chickens for decades. Now the overuse of antibiotics is coming back to haunt humans as the number of people dying from bacterial infections increases daily. Scientists call resistance to antibiotics the “Post-Antibiotic Era.”

Antibiotic resistance has been steadily increasing for the last 50 years. Antibiotics were once hailed as a marvel of modern medicine because they killed the bacteria that caused many deaths.  The overuse of antibiotics started many decades ago.  Doctors did not understand how antibiotics would influence the evolution of bacteria.  Evolution in the case of bacteria means a naturally occurring mutation allows a certain number of bacteria to survive the antibiotic.  These now resistant bacteria pass along their resistance to the next generation. As the bacteria spread form person to person or animal to animal it causes needless suffering and death.

There is something no one expected that plays a part in bacteria developing resistance to antibiotics.  Bacteria can share their genes that confer resistance.  Bacteria have been observed under the microscope sharing the genes with other bacteria.  This means that once benign bacteria can develop into a killer.  We have all seen sci-fi and horror movies where an outbreak of an unknown virus or bacterial infection could mean the extinction of the human race. The scientists whose job is to understand the risks that all viruses and bacteria present to humans and animal state we are in a never ending battle with bacteria and viruses.  We are at best in a dead heat.

What can you do to help prevent resistant infections?  Wash your hands.  As simple as that sounds it is the most effective method of stopping the spread of disease.  Stay out of the hospital.  Many of the resistant bacteria are only found in hospitals.  Do not reuse syringes for injecting yourself with medications.  Syringes are only sterile the first time.  They become contaminated with staph and other bacteria that live on your skin.   The post antibiotic is a scary scenario.  With a little forethought and preventative measures we can all survive. Remember antibiotics have no effect on germs but what we do to prevent infections can.